Is This the Best Hwangcha Made in Korea? 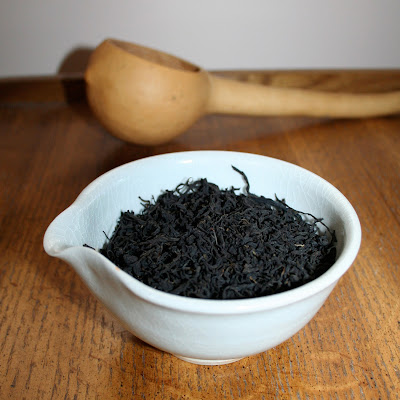 Throughout Korea’s tea growing region there are hundred perhaps thousands of individual artisan tea producers with very small farms, picking and processing their own tea by hand in the same way that their ancestors did many years ago.  Almost all use wild or semi-wild bushes that are organically grown.  Most limit their production to ujeon, sejak and sometimes jungjak, far fewer Korean producers make hwangcha or balhyocha, and very few make hongcha, even fewer make ttokcha or matcha especially for commercial purposes.
For the most part these small producers never get known outside of their personal group of friends or home villages.  Many produce tea simply for their own consumption and to give to friends.  Occasionally a tea is so good it is shared with a passing monk or nun who tells his or her friends and the word slowly gets out.  One day a nun who knows Shin In-suk told her about a delicious hwangcha she had in Jiri-san.  Jiri-san, the 'holy mountain of Korean tea'  has many villages  each with their own fine artisan tea producers.  The nun explained to Shin In-suk that the producer, Jeong Jae Yeun, makes her hwangcha before Buddha’s birthday and dedicates her entire tea production to hwangcha. 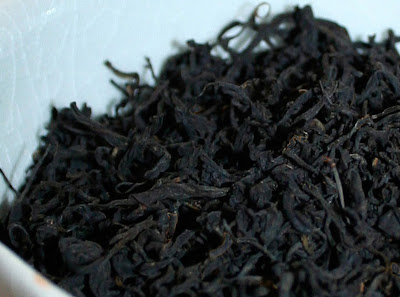 That the tea is made before Buddha’s Birthday is extremely important to the production of the best hwangcha. 1  Tea made before Buddha’s Birthday is made of fresh ‘energetic’ young leaves that thus contain the most qi.  The difference in taste is remarkable explained the teaware artist Park Jong Il, Shin In-suk’s husband.
But who does that?  Most other hwangcha producers make their green tea first.  That puts their hwangcha production after Buddha’s Birthday and because it is made from older leaves the tea has less qi.
We have not yet had the pleasure of meeting Jeong Jae Yeun but hope to do that on Tea Tour Korea 2013.
This is what we know about Jeong Jae Yeun.  In her mid-60’s Jeong Jae Yeun, who lives near Sancheon has dedicate most of her life to tea and produces only hwangcha, from organically grown wild and semi-wild bushes.  We also know her tea becomes highly recommended by the nun who told Shin In-suk and it also comes highly recommended by both Shin In-suk and her husband Park Jong Il.  If you have ever visited Park Jong Il most likely you have tasted Jeong Jae Yeun’s hwangcha.  On Park Jong Il’s recent trip to China he took this tea and tells me it received great reviews. 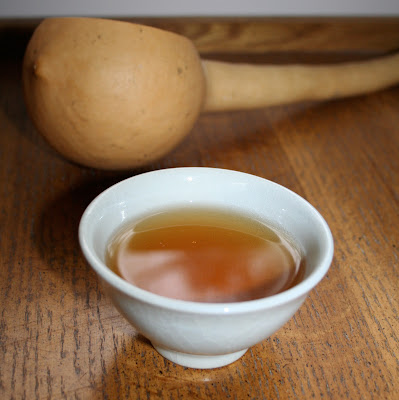 We at Morning Crane Tea are honored to be the only Western source for Jeong Jae Yeun’s hwangcha.  Supplies are limited.  Please go to our tea blog to learn more about this special tea offering and its price.  Contact us if you are interested in this tea.